Did you know that swimming is England’s most popular mass participation sport with 2.5 million people swimming at least once a week?

In the light of that and the fact that there are well over 5,000 publicly accessible swimming pools in England it makes it surprising that a third of primary schoolchildren in England and over two million adults in England are unable to swim.

So if you’re a parent or guardian who has already enrolled your toddler or child in extracurricular swim lessons, well done – you’re getting your child off to a really good start of being safe in the water.

Let’s explain the rationale and process behind the England swimming badge and certificate system as I frequently get questions about when children will be awarded them, what they mean and how well they reflect a child’s swimming ability.

Why Teachers Give Out Swimming Badges & Certificates? 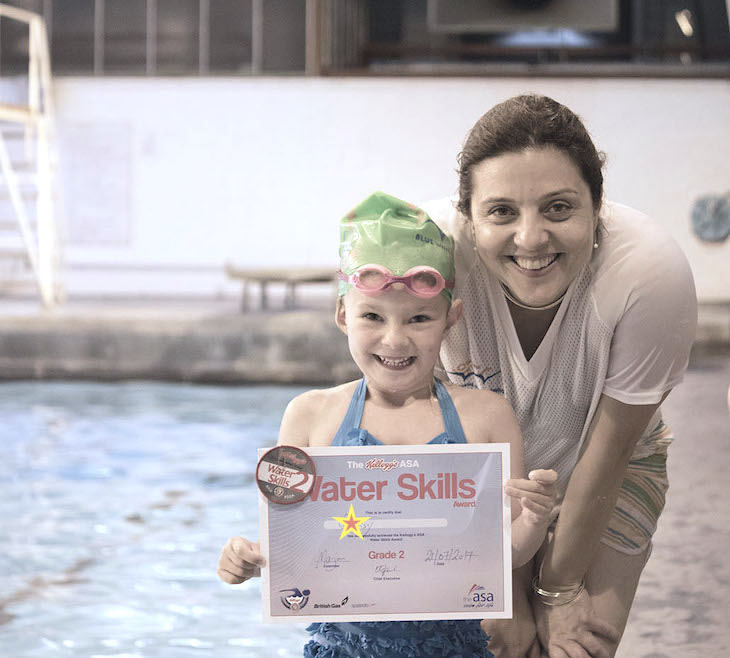 In England there are two major organisations that provide a nationally recognised and reputable swimming badge and certificate scheme:

At Blue Wave Swim School, we follow the Swim England national teaching plan for teaching swimming and so we offer Swim England Swimming certificates and badges.

This is how the system works:

Designed for younger children, they mainly focus on developing water confidence and learning basic swimming skills s which are the foundation for all swimming strokes. They go from level 1 to 4 (there used to be a level 5 but this was discounted recently) and you can see the criteria by going to this link. 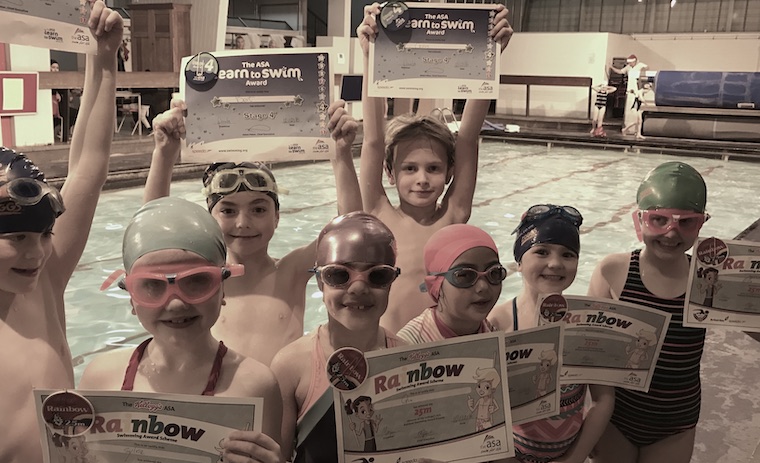 These badges and certificates are mainly focused on rewarding children for their technical capabilities in swimming competitive strokes (front crawl, back stroke, breast stroke and butterfly). After passing Stage 7, children are ready to go to progress to club standard swimming.

The Swim England Rainbow Distance Awards are designed to complement the 10 different stages of the Swim England Learn to Swim Programme. To see the criteria you can visit this link.

Less widely used and less-known certificate and badge system but, they are very good to award the overall aquatic skills. These certificates are more specific awards for water-safety and personal survival skills.

This is by far the most well-known swimming badge & certificate in England amongst parents especially those with primary school age children.

Just like Maths, Swimming is a compulsory part of the national school curriculum. By the age of 11, children should be able to swim confidently and competently over a distance of 25 metres. However, the goal is water safety rather than stroke technique

Normally to be awarded a 25 metre swimming badge, children will have to jump in the water and be able to swim 25 metres without pausing. Within the curriculum, the 25 metre assessment is done without any strict requirement of the technical ability of the swimmer.

However, at Blue Wave Swim School, when we issue a 25 metre swimming badge and certificate it means our swimmers can swim 25 metres both front crawl and backstroke with recognisable and reletively polished technique.

Achieving this swimming badge for many parents is a major breakthrough and regarded as the benchmark of being a competent swimmer. However, getting this swimming certificate is normally possible after just a few terms of swim lessons and shouldn’t be viewed as a benchmark of complete water competency.

In many countries the definition of being a competent swimmer is an ability to swim 200 metres continuously and to tread water for at least 2 mins.

There is ongoing debate among water safety researchers, educators and experts in England as to whether a child’s ability to swim 25m in a pool is likely to aid survival in open water and there is broad agreement of the need to update the school swim curriculum. 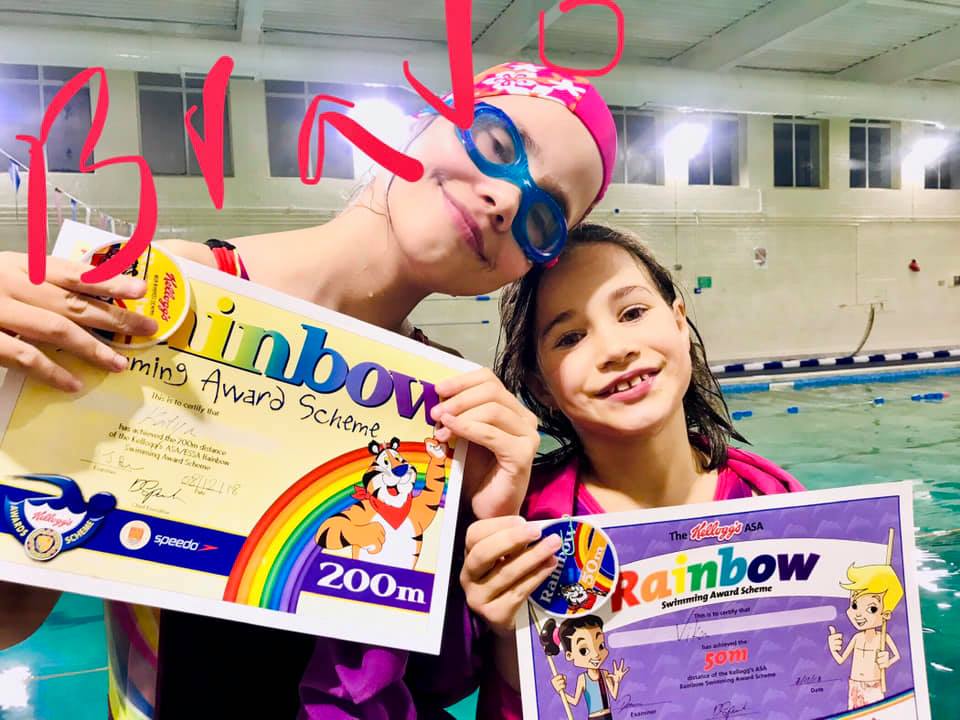 For children who start very early with us as toddlers and pre-schoolers, the first stage is Duckling Level 1 and normally the ‘learn to swim’ journey in our swim school ends around age 9 when they pass stage 7.

Getting the Stage 7 Swimming Badge and Certificate means children can swim freestyle (front crawl), backstroke and breaststroke followed by survival backstroke and butterfly.

With us, children achieving the Stage 7 Swimming Badge, as well as being able to swim all the competitive strokes, can swim 200 metres continuously, dive headfirst into the water and collect objects from a depth of two metres, and they can jump into the water from a height of one metre.

So a child is not really properly water-safe until they pass Stage 7 and/or achieve a 200-metre swimming badge and certificate. The latter means your child can swim at least 200 metres continuously using at least three competitive strokes without pausing or resting between laps. At our swim school, children swim three 25 metre laps of front crawl, three laps of backstroke, and two laps of breaststroke to get their 200-metre badge and certificate.

Most children at Blue Wave can swim 200 metres in 15 minutes or under by the age of nine. 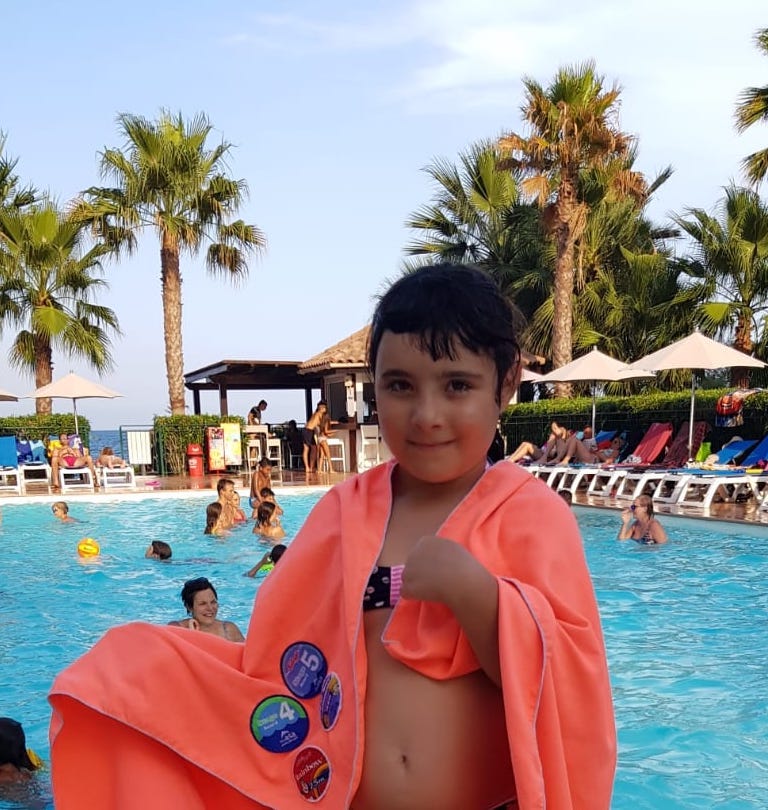 And a final top tip? Don’t lose the badge! Sew it on to your child’s swim suit or towel as soon as possible so they can proudly show it off; they’ve earned it! 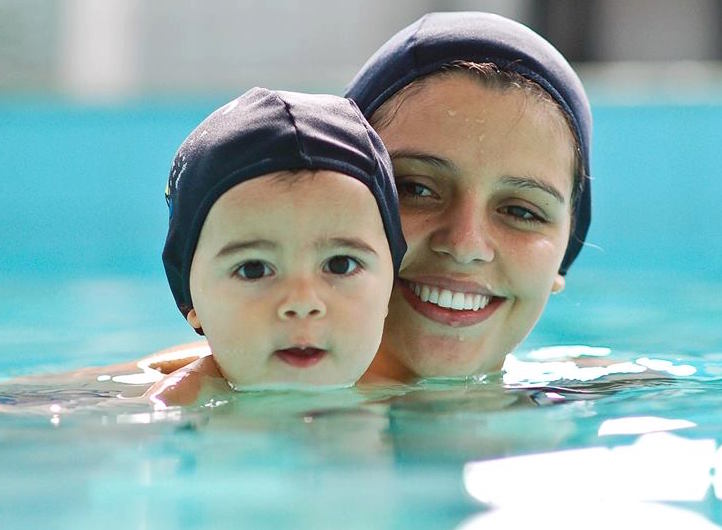 #mondayvibes✌️from Wednesday there is no limit

#saturdayvibes it was a great online workout with

A donation to Southhampton General Hospital by #Ba

It is not easy these day- life is far more difficu