I find few things more exciting than being in the company of a group of like-minded people. Attending the 2016 World Aquatic Development Conference (WADC) in Lund, Sweden in early January, surrounded by those involved in teaching and coaching swimming from all over the world, is a truly inspirational way to kick start the new year. WADC, a bi-annual international conference, provides a good balance between research and practice in swimming. What makes WADC different to other swimming conferences is the sheer variety of topics covered.

Whether your focus is on teaching swimming to early-years (0-5 year olds), stroke development or at competitive level, WADC has something useful to offer everyone.

It was my second visit to the WADC and year two was every bit as educational as the first time I went in 2014. This year, I also had the great pleasure of presenting at WADC. The title of my half hour presentation was: ‘How we teach swimming at Blue Wave Swim School. WHY we do what we do!’ I was invited to speak at and run a mini-seminar by the conference organisers through my link with clinical psychologist, Dr Daniel Zylberberg, after I observed his swimming teaching techniques for under 5s in France last year. Although it was nerve-wracking to be speaking in front of up to 100 swimming experts, I enjoyed the experience overall. Some of the content of my speech can be found here, but in this blog I wanted to outline what for me were the key highlights of the conference.

While it was an honour to talk about Blue Wave Swim School on such a large stage, my overriding objective in attending was to connect with other fellow swim teachers and swim school owners in Europe and beyond. As a London-based swim school, naturally we have a very diverse international client base. While the majority of children attending Blue Wave Swim School are British, last year alone children from 30 different countries joined us, mostly from mainland Europe. WADC is a great opportunity to learn more about how learn-to-swim programmes are developed, structured and delivered in other countries whilst exchanging ideas and learning more about best practices.

He spoke about the main objectives and outcomes in delivering swim programmes for 0-5 year olds in France. The key objective for early-years’ swim teaching there is to give children opportunities to explore the water through meaningful play and boost their water confidence.

Stroke development practices only start from the age of six in France.

A Swedish writer and swim school owner and operator, who was also one of the moderators at the conference, talked about the power of the language used in lessons and a sense of belonging. Her message was that during lessons, parents and teachers should be paying attention to children’s feelings. Even the most subtle instructions could potentially have an affect on a child’s feelings and sense of well-being.

Language is a powerful tool which can be used in order to nurture trust and to help children to feel at ease with water.

Therefore, instructions, especially verbal ones, need to be carefully formulated by parents and teachers to create a caring environment. I was also privileged to visit Ulrika’s swim school (Swimmix) in Denmark on which more later in a separate blog.

What’s the Best Way to Teach Swimming to Children?

He illuminated us with his insights into a research project currently underway in Denmark. Researchers are trying to ascertain the idea model to ensure all children can actually learn to swim. The definition of a competent swimmer in Denmark is one who can swim 200 metres continuously with 50 metres of that on their back.

A fascinating element of this study is that comparisons are being made between the European model of swim teaching whereby breaststroke is the first stroke taught and the Anglo-Saxon model adopted by the UK, US, Australia, New Zealand and South Africa where front crawl and backstroke are taught first.

This is to compare and evaluate which method is scientifically proven to be more efficient in terms of getting children to become competent swimmers in the shortest space of time. 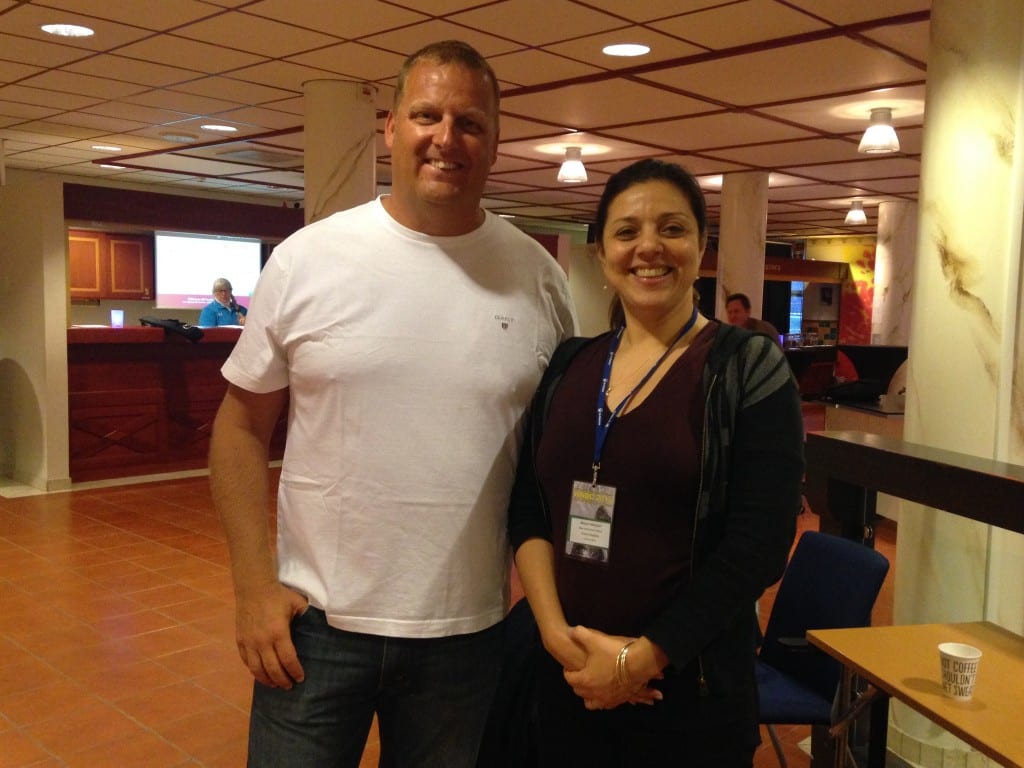 I also managed to attend Jon Rudd’s sessions at WADC. Jon is one of the most respected swimming coaches in the UK. Jon was the head coach of Plymouth Leander Swim Club (moved to a new position in 2017 and he’s the new Irish National Performance Director). He became a household name when one of his swimmers, Lithuania’s Ruta Meilutyte, won the gold medal in 100 metre Breaststroke at the London 2012 Olympics. His presentations, which were completely inspiring, were about Ruta’s journey as well as his own journey as the head coach at Plymouth Leander. Hopefully, he will be doing a blog for us soon, so watch this space!

Ok, admittedly I had plenty of light bulb moments at WADC but the stand-out one was at a presentation by husband and wife duo, Milton Nelms and Shane Gould. Milton is an American coach who has worked with elite swimmers such as Ian Thorpe and Shane, one of the best female swimmers in the world, was an Olympic swimmer and medalist representing Australia at the 1972 Olympics where she won three golds, setting world records in each race. They have recently researched how people learn to swim in Fiji where they have set up a learn-to-swim programme for adults and children as part of a drowning prevention programme.

Their main point was that in an effective and efficient learn-to-swim programme, there should be common thread running through all stages connecting everything together.

A disjointed programme means learners may be faced with an unnecessary process of learning and de-learning. Any learnt skills should be a seed for gaining further skills rather than having to be ‘un-done’ or corrected at a later stage. This message probably resonates with many swimming teachers who have noticed they have to ‘undo’ certain skills before they can impart the right skills in children. Just to give an example: most teachers would know that if children have been told to hold their breath rather than exhale when their face is in water, when it comes to teaching bilateral breathing in Front crawl, you have to firstly deconstruct breath holding habits before you can teach bilateral breathing.

Listening to so many experts talk passionately about their craft has confirmed what I had suspected for a long time. A rigid approach without heed to the actual audience can reduce the efficiency of teaching. Although the nature of water doesn’t change, the demographic does. Different perspectives of swimming competency in different communities and the swimming facilities that are available, have a great influence on how we teach swimming. Therefore, we need to be flexible and we need to adopt different approaches. The application of knowledge from scientific research and personal experiences will result in a different approach in different people. These days, progressive teachers need to be aware of the different physical and psychological stages of development in children and how it could affect their styles of teaching.

Globally there is a shift in the approach to teaching swimming. A shift away from fixed ideas towards a more fluid approach to progress whilst maintaining the highest standards of delivery.

There is no single way, no magic formula. We need to focus on the actual individual, their response and ability, and provide them with multiple opportunities to practice the principles of swimming in the most efficient way.

If you need more information or have any questions about this blog, please feel free to contact me (Marjan). 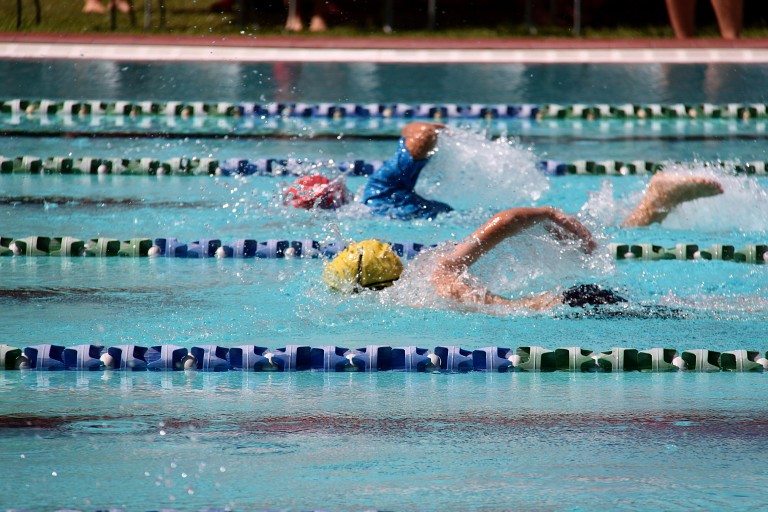 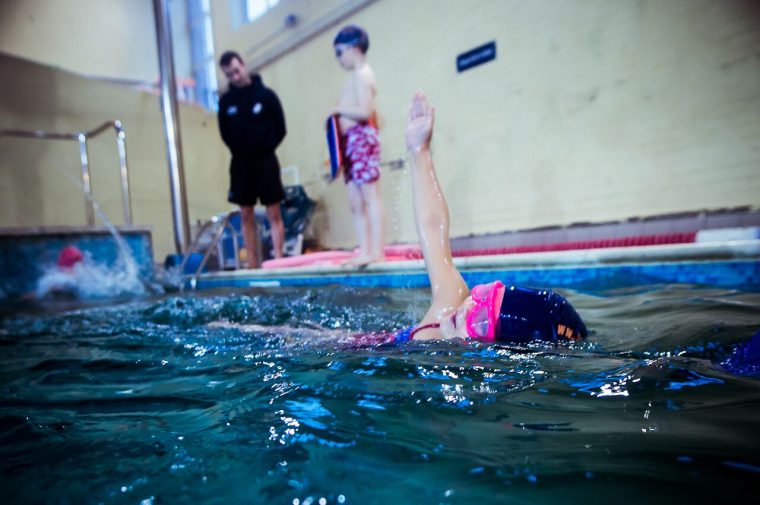